New research published in Diabetologia (the journal of the European Association for the Study of Diabetes [EASD]) shows that in women, high levels of the hormone prolactin in the blood (but within the physiological range) are associated with a lower risk of developing type 2 diabetes (T2D). The study is by Dr Jun Li, Harvard T.H. Chan School of Public Health, Boston, MA, USA, and colleagues. Prolactin, a multifunctional hormone, is involved in regulating insulin sensitivity and blood glucose stability in experimental studies. It helps regulate growth of insulin-producing cells in the pancreas, and is also involved in lactation, reproduction, metabolism and immune regulation and water balance (osmoregulation). In healthy women, circulating prolactin levels change in response to pregnancy, lactation, physical activity, sleep and stress.

In this study, the authors analysed the prospective relationship between circulating prolactin concentrations and type 2 diabetes risk in two large studies of women: the Nurses’ Health Study* (NHS) and a sister study, NHSII, with up to 22 years of follow-up. Total plasma prolactin was measured in 8615 women free of T2D and cardiovascular disease, and cancer at baseline blood collection time (NHS 1989–1990; NHSII 1996–1999) and a subset of 998 NHS women providing a second blood sample during 2000–2002.

A total of 699 cases of T2D developed across the follow-up period. The authors found that total plasma prolactin levels were inversely associated with type 2 diabetes risk; women in the group with the highest 25% of prolactin levels were 27% less likely to develop T2D than those in the lowest 25%. The associations were similar regardless of the women’s menopausal status and other risk factors. Additional adjustment for sex and growth hormones, adiponectin, and inflammatory and insulin markers did not significantly alter the results. The inverse association of total prolactin with type 2 diabetes was significant during the first 9–10 years after blood samples were taken, but faded over time. The authors say that this attenuation in association may be explained by natural variations in circulating prolactin levels over time, or possibly by a reduction in prolactin caused by impaired glucose tolerance (reverse causation). The authors note that the studies involved mostly white middle-aged women, so the results are not generalisable to men or to people of other age groups or ethnicities.

They say: “In a large prospective cohort study of US women, total circulating prolactin concentrations within the physiological range were inversely associated with type 2 diabetes risk, especially during the first 9–10 years of follow-up after blood samples were taken.” They add: “Our epidemiological observations, coupled with previous population data and emerging experimental evidence, support a potential protective role of prolactin (within the biologically normal range) in the development of type 2 diabetes risk in women. Future studies are warranted to understand the biological mechanisms underlying this association, which may lead to the development of new strategies for early prevention and treatment of type 2 diabetes.” 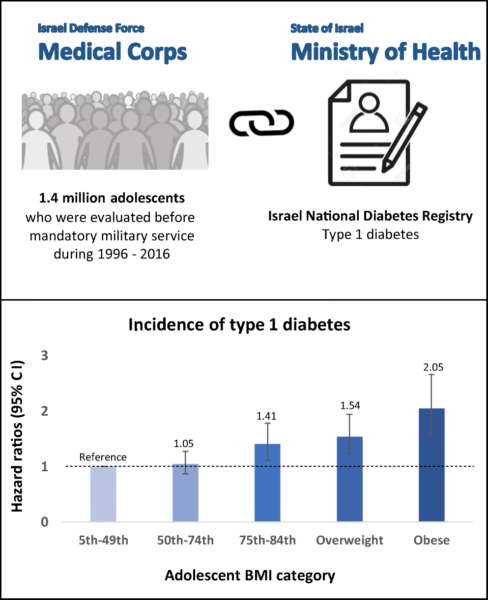