People with type 2 diabetes should be considered in remission after sustaining normal blood sugar levels for three months or more, according to a new consensus statement from the Endocrine Society, the European Association for the Study of Diabetes (EASD), Diabetes UK and the American Diabetes Association, and co-published in Journal of Clinical Endocrinology & Metabolism, Diabetologia, Diabetic Medicine and Diabetes Care.

About 10% of the U.S. population has diabetes, and these numbers continue to rise. People with type 2 diabetes can achieve “remission” by sustaining normal blood sugar levels for at least three months without taking diabetes medication. There is still a lot of uncertainty around how long remission will last and what factors are associated with a relapse. A person may require ongoing support to prevent a relapse or a hyperglycemic episode, and the long-term effects of remission on mortality, heart health and quality of life are not well understood.

“Our international group of experts suggest an HbA1c (average blood sugar) level of less than 6.5% at least three months after stopping diabetes medication as the usual diagnostic criterion for diabetes remission,” said statement author and Endocrine Society member Matthew Riddle of Oregon Health & Science University in Portland, Ore. Riddle is chair of the Diabetes Remission Consensus writing group that developed the statement. “We also made suggestions for clinicians observing patients experiencing remission and discussed further questions and unmet needs regarding predictors and outcomes.”

“Diabetes remission may be occurring more often due to advances in treatment,” said Amy Rothberg of the University of Michigan in Ann Arbor, Mich. Rothberg represents the Endocrine Society as a member of the Diabetes Remission Consensus writing group. “More research is needed to determine the frequency, duration and effects on short- and long-term medical outcomes of remission of type 2 diabetes using available interventions.”

The manuscript received no external funding.

Other authors of the study include: William Cefalu of the National Institutes of Health in Bethesda, Md.; Philip Evans of the University of Exeter in Exeter, U.K.; Hertzel Gerstein of McMaster University and Hamilton Health Sciences in Hamilton, Ontario, Canada; Michael Nauck of Ruhr University Bochum in Bochum, Germany; William Oh of Icahn School of Medicine at Mount Sinai in New York, N.Y.; Amy Rothberg of the University of Michigan; Carel le Roux of University College Dublin in Dublin, Ireland; Francesco Rubino of King’s College London in London, U.K.; Philip Schauer of the Pennington Biomedical Research Center in Baton Rouge, L.A.; Roy Taylor of Newcastle University in Newcastle upon Tyne, U.K.; and Douglas Twenefour of Diabetes UK in London, U.K.

Do you need training in clinical research design and analysis? For more information and to register, 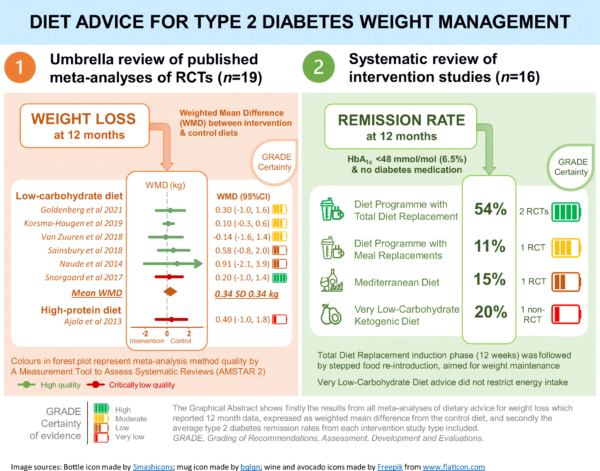 The #eLearning team have had another great week on the road filming more #diabetes modules, this time to the Netherlands. First up, Professor Eelco de Koning in Leiden…