Despite the importance of glucagon in glycaemic control, it remains unclear how glucose regulates glucagon secretion from pancreatic alpha cells. In this issue, Yu et al (https://doi.org/10.1007/s00125-019-4857-6) investigate the role of the intracellular messenger cAMP in alpha-cell-intrinsic glucose regulation of glucagon release. The authors report that glucose-induced alterations of glucagon release are paralleled by changes in subplasmalemmal cAMP concentration in alpha cells. In support of a regulatory role for cAMP, glucose-induced suppression of glucagon release was prevented by imposed elevations in cAMP, while inhibition of protein kinase A (a mediator of the effects of cAMP) mimicked the suppressive effect of glucose on glucagon. Yu and colleagues provide evidence that glucose acts directly on alpha cells to regulate glucagon secretion independent of paracrine signalling from insulin or somatostatin. The authors conclude that these findings point to a new mechanism for glucose control of glucagon release and indicate that the counter-regulatory glucagon response to hypoglycaemia could be enhanced by agents that increase cAMP concentration in alpha cells. 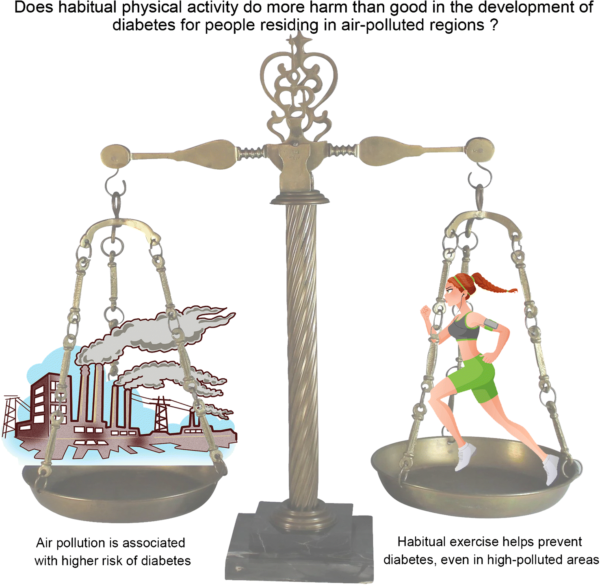 Study shows that regular physical activity is an effective strategy to prevent type 2 diabetes, including for people in polluted areas

All of our #eLearning courses for healthcare professionals involved in #diabetes care are free to access, taught by experts and come with certificates of completion. New modules added every month!